Start with a sheet of paper. 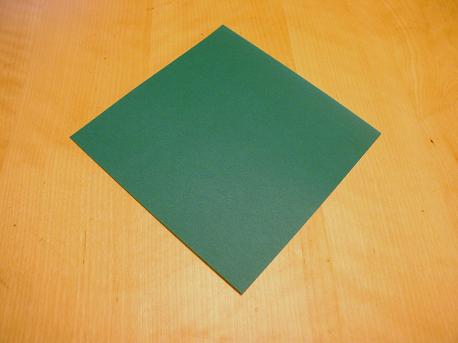 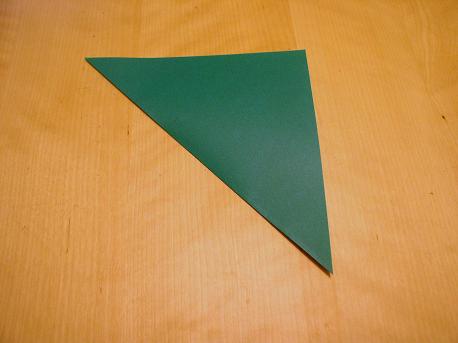 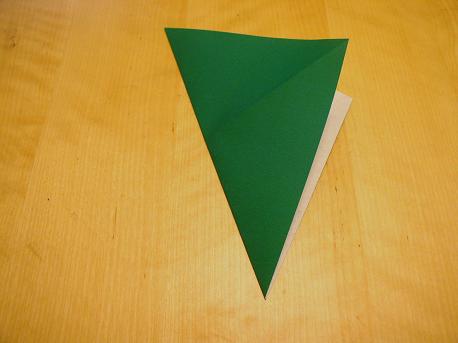 Now crease it the opposite way vertically (or horizontally if you tilt your head).

This looks hard, but with the creases in place, it should naturally take this shape if you ask it nicely. 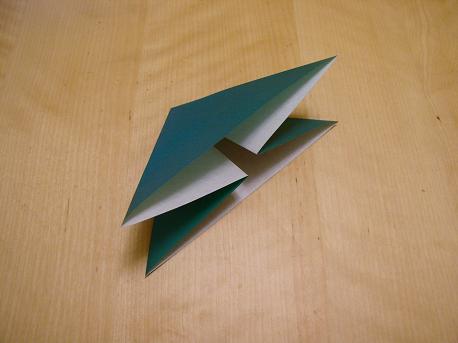 Creaese the two ends up to meet the top. 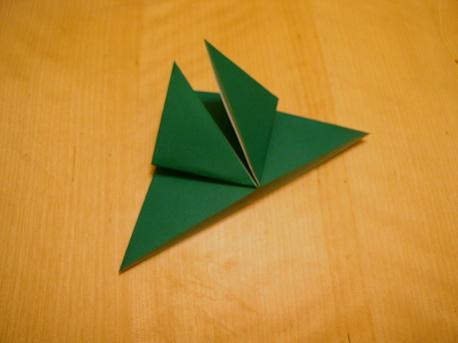 It was just a crease. 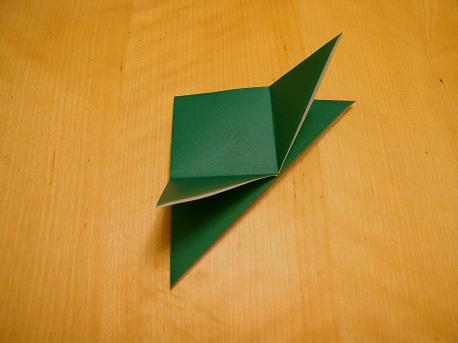 With those creases, invert the thingy like so and fold it up. 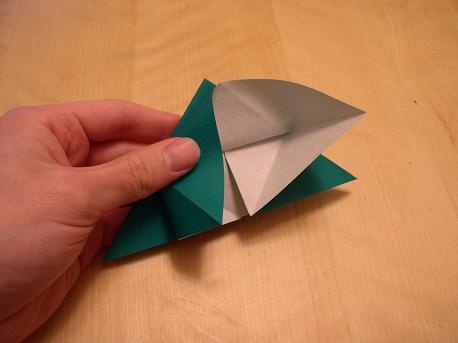 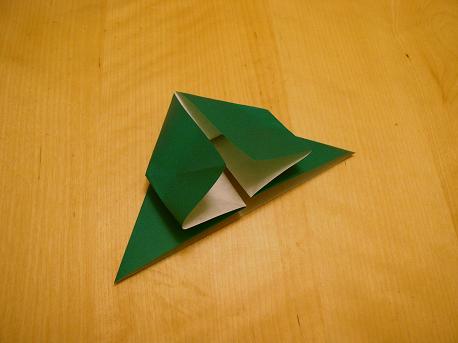 I took two pictures. I don't know why. 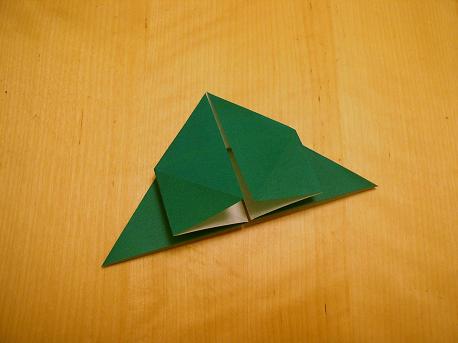 Open the flap up and fold it along the already existing crease. 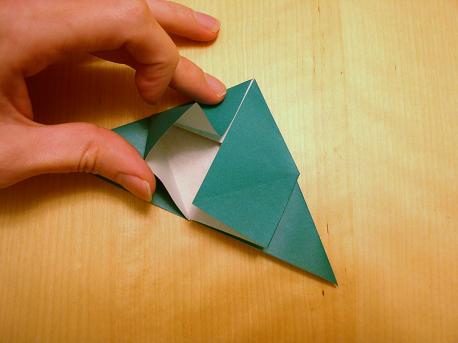 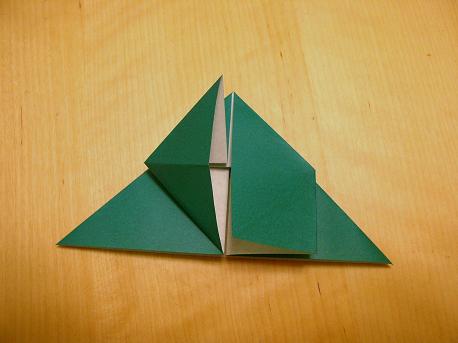 Be sure to do it to the other side as well. 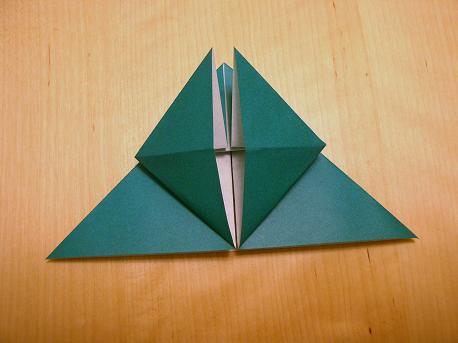 Fold the top flap (behind the two loose flaps in front) down such that the top point meets the half way. 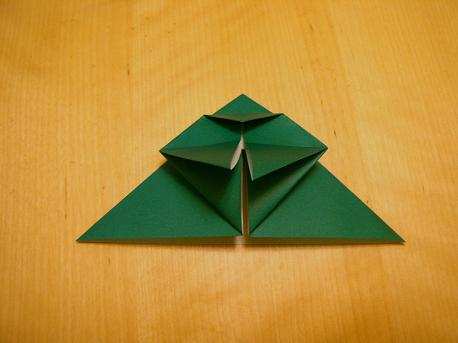 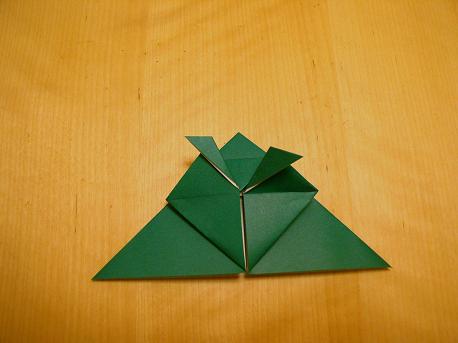 Now fold the lower edges inward to the center. 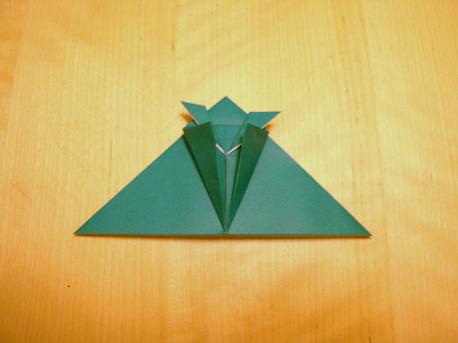 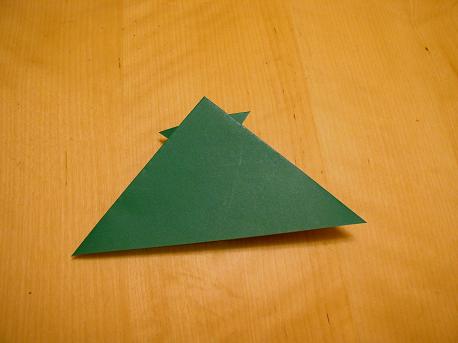 And do it all over again from step 5. 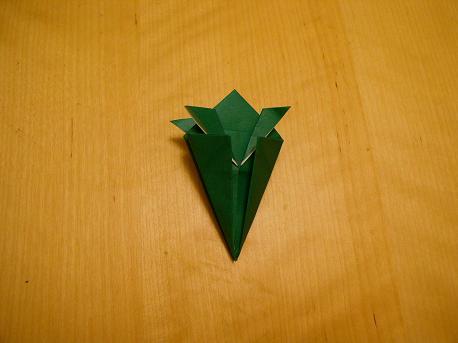 Fold the two lower branches up. Like a crane. 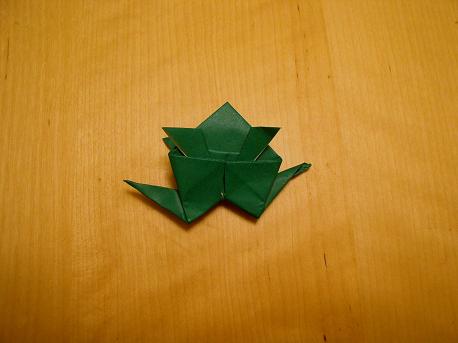 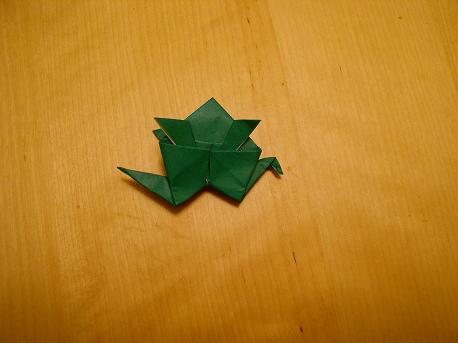 Fold the four legs down. 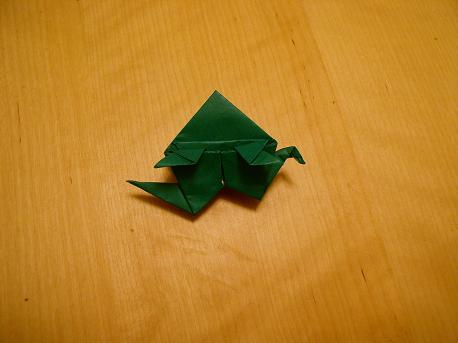 Inflate from the bottom and pull it apart into the 3rd dimension. 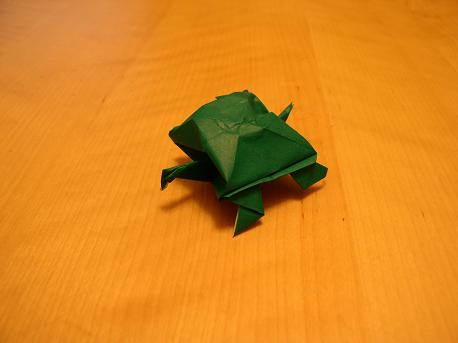